Teary after being attacked by ‘trolls’, the anonymous bullies of the Internet? Here’s how to deal with them using three principles of warfare.

Trolls are more than just the ‘Comic Book Guy’ gone bad.
When Chinese military strategist Sun Tzu penned The Art of War in the 6th Century BC, he probably didn’t predict that, almost 1500 years later, it would prove a handy guidebook in the fight against web trolls. 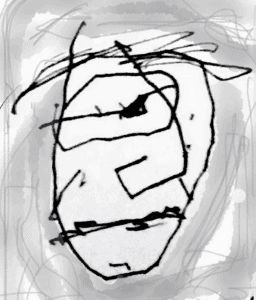 Three of his principles are particularly useful in defending yourself against these merciless monsters.

Sun Tzu wrote: “If you know the enemy and know yourself, you need not fear the result of a hundred battles.”

– He’s as single as a guy can be. Irreparably, miserably single, but with a defiance born of anger at women’s dislike of chubby men with ponytails and ‘Hobbit’ t-shirts.

– He has time on his hands, a preference for anonymity and enough steady financial resources to maintain his service-provider costs. So he is unemployed and lives with his mum (maybe his dad too, but they don’t get along).

– His bedroom is littered with the accoutrements of a loner: comic books, a video game machine, a widescreen computer and tissues, lots of tissues.

– His only conversations are with faceless stranger-danger geeks on Warcraft … and his mum. 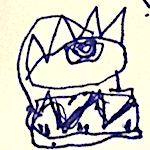 But a troll is more than the Comic Book Guy from ‘The Simpsons’ gone bad.

A troll’s only conversations are with faceless geeks of Warcraft … and his mum.
There is a key to his psychological profile: he has been a victim of bullying.

– The troll was mocked and spurned at high school, probably because he was useless at sport and better than average at maths. He lacked the bull-bar witlessness of footy team captains or the adorably doleful eyes of garage-band guitarists. So forget girlfriends. The female students cringed when he slunk past them, and speared him with the verbal cruelties girls effortlessly master. His school’s Alphas, Betas and even fellow-Epsilons chose him as their hacky-sack.

– His teachers found him awkward and arrogant. But they maintained a degree of politeness with him. (Teachers know a budding clock-tower gunman when they see one.)

Now we know him: the troll is a well-resourced loner who wants to experience the power of a bully.

‘All warfare is based on deception’
The Internet provides a troll with an anonymous avenue for bullying. He can prick the egos of the beautiful and successful with no fear of reprisals.

You can simply avoid the field of battle by ignoring, muting or blocking your troll (yes, he’s ‘yours’ now – you ‘own’ him because you ‘know’ him).

If you cannot let it rest, Sun Tzu said, “All warfare is based on deception.” There’s no reason you should be honest with your troll. He is, after all, a bully. And he thinks he knows you.

Victory over a troll occurs when he abandons the field. (You won’t get anything better.)

‘What is essential in war is victory, not prolonged operations’

Once the troll is fooled and has lost interest in you, let it go. Mute, block, report.

You won the battle before it began. And you didn’t need a tissue. 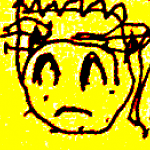 YOUR TACTICAL GUIDE TO VANQUISHING A TROLL:
DO: Respond with love
Nothing finger-flicks a troll’s erection harder than the word ‘Thanks’. It will baffle him (another good military tactic). And he’ll tire of repeated thanks as quickly as a lover.

DO: Be random
If you want to do more, thank him and say “Here is the link you’re after“. Add a link to something benign that he’ll never use, like surfboards or toothbrushes. Don’t offer nasty links – you want him to be fooled into thinking you’re an idiot.

DO: Try selling him something.
Say things like “Hi friend, you too can earn money from home”, and provide a link to a home-shopping site or cleaning products.

The important tactic is to repeat yourself like a robot.

DON’T: Belittle him
He’s the bully, not you. And whatever insults you throw at him, he’s had worse.
And his self-loathing outguns them all.