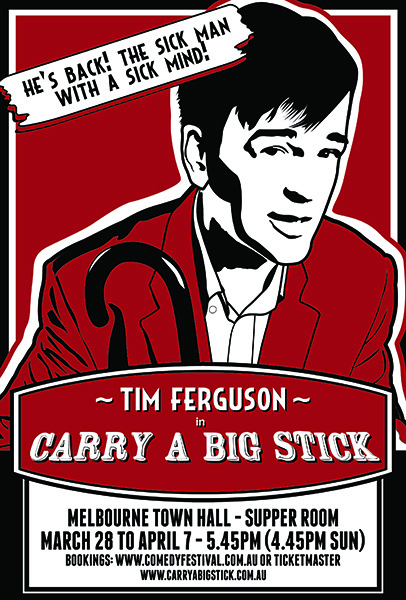 He’s BACK! Tim Ferguson returns in 2013 with his Sell Out 2012 Comedy Festival Hit.
After the huge successes round the nation, Tim’s bringing his big stick comedy back.
And he’s launching his Senate Campaign – Live!

In his funny & inspiring show, Tim speaks of his battle against Multiple Sclerosis. It’s a battle he claims to be winning. “I fight dirty – with a stick.”

The battle is about to get heavy. Tim is running for the Australian Senate. He’s making no promises. He has no policies. Just feelings!

Speaking from Los Angeles, Tim said,
“I’m excited to be returning to the Melbourne Comedy Festival. I’ll be coming back harder & faster, with wheels on!” 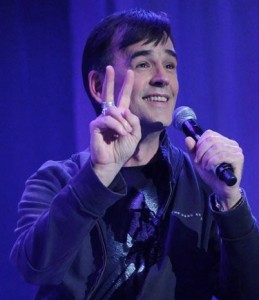 “From the rockstar fame of The Doug Anthony Allstars to his Network TV Mega-Productions and then his diagnosis of MS. It’s an amusing, exhausting and bittersweet journey.”
(Herald Sun)