The primary reason for keeping jokes as brief as possible is to maintain surprise. While an audience listens to a joke, unconsciously their minds dart ahead to anticipate the punchline. With enough time, unless it’s a gob-smacking surprise, they may work out where the joke is going. Brevity keeps the teller one step ahead. 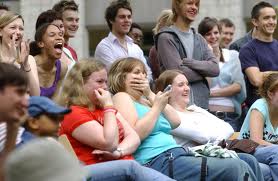 Brevity also means that the audience is given the minimum information. The less they know, the more assumptions they make and the easier they are to misdirect. Essentially, it’s sleight of hand using words instead of florid hand gestures and a drugged rabbit.

Shaggy-dog gags may take a long time to execute but they too are built on the sparest information – it’s simply repeated ad nauseum.

The following gag can be drawn out to epic proportions as the man crawls over laneways, parks, major highways, neighbours’ gardens or Mount Kilimanjaro. Yet these details, as colourful as they may be, are redundant to the gag itself. They provide the misdirecting ‘shagginess’ while the ‘dog’ is still simple and spare. Despite the apparent surfeit of detail a vital piece of information is omitted from the set-up…

“A man at his local pub is so drunk, he crawls home, pulling himself hand-over-hand, inch by exhausting inch. (Elaborate at will.) When he finally gets home, his wife says, ‘Paddy, you’re drunk! And you left your wheelchair at the pub again’.
(Anon) 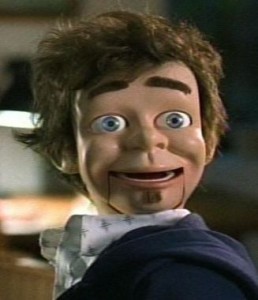 Note that the punchline does not state directly that the man is a paraplegic, but uses a new story element, the wheelchair, to imply the crucial information. A punchline such as, ‘When he gets home he’s exhausted because he’s a paraplegic’ falls flat because the information is given outside the context of the story. A justifiable story element keeps the audience within the fictional scenario — and implies the truth rather than states it.
A punchline that implies a comic contradiction is usually superior to one that is baldly stated.

For example, there are many ways to highlight a wife’s talent for remembering every mistake her husband has made. An example of a good gag on this topic: 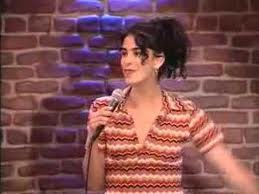 ‘Any married man should forget his mistakes—there’s no use in two people remembering the same thing.’
(Vicky’sjokes.com)

Seventeen words can say so much! The words in this obvious gag are kept to a bare minimum. The gag
doesn’t even mention wives—their role in the joke is implicit in the use of the term ‘married man’.
The gag is simple. No examples of married men’s mistakes are listed.

The contrast between women and men that the joke suggests is clear — men forget and women remember.

The punchline asks the audience to work albeit for split-second. The punchline assumes that a wife is certain to remember her husband’s mistakes. The audience has to draw this conclusion to get a laugh. The lead-in offers advice to married men. The punchline draws on the common knowledge that partners divide chores, e.g. ‘You remember to pick up the kids and I’ll remember to mow the lawn’. The punchline accords with general conceptions about married life, so the reasoning behind the observation isn’t confusing.

An example of a bad gag on this topic:
‘There’s no point in a married man remembering the time he set fire to the house. Wives remember everything—she’ll remind him if he forgets.’

Twenty-five words can say too much. The mention of the man setting fire to the house pushes the joke in a
specific direction when the topic is general. The punchline doesn’t refer to the fire so the listener can lose the main drift of the gag.

‘Wives remember everything’ is a direct declaration of the message of the joke. The audience doesn’t have to think — they are passive in the exchange.
‘She’ll remind him if he forgets’ fails for the same reason. A female comedian might make it work by delivering it with a wry or threatening inflection, but without that, the punchline does the audience’s thinking for them.

Cartoonists have the barest space to get their jokes across to a reader. The same principles apply.

So, how can we tell if a gag is going to work?
Comedy is not an exact science, but the basic principles above can be boiled
down into the following criteria you can match against all your gags, no matter how oddball, bizare, absurd or rude they may be.

A gag should be boiled down to its bare minimum. Even a shaggy-dog joke needs a tight punchline. While audiences listen to a gag, their minds are racing to guess where the joke is going. The longer the gag takes, the longer they have to devise their own punchlines. Keeping a gag lean helps the teller stay a step ahead of the listener. Packing in as much implied information as possible gives a gag punch.

Avoid distractions. The elements of a given gag should relate directly to the
punchline.

The contrasts in negations, juxtapositions, distortions or misinterpretations
should be stark.

LET THE AUDIENCE DO SOME WORK

Instead of openly declaring the gag’s message, you can allow the audience to
draw their own conclusion from the bare information the gag gives them.

Apply these principles – your gags will get a better reaction from audiences.
PURCHASE A COPY OF ‘THE CHEEKY MONKEY’