Do you have a comedy idea?

Writing a sitcom, movie, sketch or stand-up?  It’s not easy.  Comedy writing can be scary, and stressful.

Would it help if you knew comedy writing secrets?

Tim Ferguson’s comedy writing masterclasses and personal coaching take the stress out of writing comedy for stage and screen. Tim’s Principles of Comedy, the invisible frameworks that underpin humour, can give you a guide to make the process faster and simpler. (Not easy, but at least you’ll know what you’re doing.) 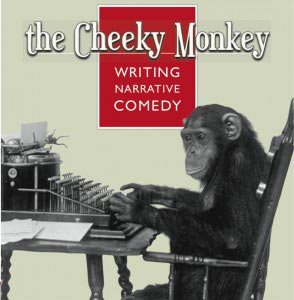 CheekyMonkeyComedy.com  is headed by Australia’s foremost comedy writing teacher – Tim Ferguson.  He’s a comedian, screenwriter, movie director and producer.  Tim has trained thousands of comedy writers, producers and comedians. Many have gotten their projects made, winning international awards and competitions.

Tim Ferguson has a unique artwork style, original Tim Ferguson AWT (art) work can be commissioned. You can read his memoir Carry A Big Stick.