An article on a speech given by Tim Ferguson to the Australian Writers Guild
October 4th, 2011
By Mark Poole

Tim Ferguson, comedy legend and writing guru, spoke to the Victorian branch of the AWG last night. He said he felt privileged to have the eye of the screenwriting storm that was before him, and told us the rules for writing comedy that we ignore to our peril. 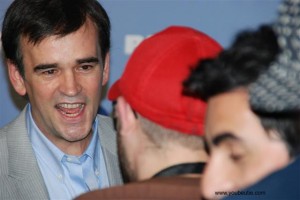 Tim Ferguson is a legend of television and comedy perfomance since the days of the Doug Anthony All Stars, and a veteran performer and writer on shows like the DAAS Kapital, the Big Gig, DAAS LOVE [BBC] Good News Week and lately WTF [With Tim Ferguson], in both Australia and the UK. Tim has recently penned a definitive manual on comedy, The Cheeky Monkey – Writing Narrative Comedy. The volume covers everything Tim knows about comedy writing for performance, which is obviously a lot.

“I just wanted to impress upon you above all things the importance of understanding how comedy works,” Tim began. “And it’s furiously important for a pretty simple reason. Western drama is symbolised by two masks. One mask symbolises laughter and the other one is the crying mask. The two masks together symbolise western drama, but one mask alone symbolises nothing. It will die, it will never work, or be exciting or interesting or talked about because there is nowhere to look.”

Tim quoted Aristotle as saying that ‘a comedy that is not about anything important is false wit and a tragedy that doesn’t bear any levity at all at all is suspicious and probably preaching.”

And that brought him naturally to the subject of Australian film.

Tim suggested that Australian films suffer from the tendency to be devoid of even a moment or two of humour, resulting in a lack of interest from the audience.
“If there’s nothing to smile about during the story, why should we care? Because a film, above all, has to be an emotional journey,” he told us. “If a film has only one mask working and it goes from crying, to weeping, to horrified to wretched, there is no emotional movement. We haven’t gone anywhere. We’ve just felt bad, felt worse, felt awful, and feel relieved when the bloody thing is over.”

Tim challenged the Australian film industry with the accusation that filmmakers pretend to be working class but make films that will only screen at the Nova, not Broadmeadows. Yet our films won’t be successful unless they speak to a broader audience, an audience which speaks to the genuine working class.

Tim extended the idea of the two masks working together by describing how successful sitcoms like The Golden Girls have a tragic pall hanging over them, in that case the fear of dying alone. Similarly, light fluffy sitcoms like The Nanny are rooted in tragedy, in that case that nanny Fran Fine is in love with the father of the children and would love to marry him and be a real mother to them, but that is something that will remain beyond her grasp. And Tim pointed out that the dramatic film Gallipoli was situated in the same location and with the same characters as the fourth series of Blackadder, namely the trenches of the First World War. 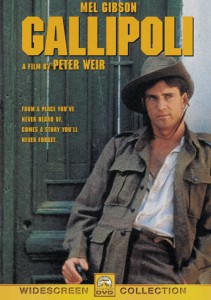 Tim suggested that Australian writers should revisit their Social-Realist screenplays and look for comic opportunities that would enable audiences to identify better with the characters and also make the ultimately tragic end play better.

He exhorted writers to learn the principles of comedy, which are essentially known and knowable, and to avoid attempting to break the rules of comedy before you know them.

He said that the course he teaches at RMIT University in writing comedy is one of only two such courses in the country where comedy writing is taught (the other being in TV sketch writing taught by the legendary Vin Hedger – also at RMIT), yet in the UK and US every screenwriting course offers a comedy strand as the norm.

Tim said that new shows often pretended to be ‘new’ and ‘fresh’ and ‘different,’ but explained how the US sitcom Seinfeld, which was positioned as a show about nothing, wasn’t about nothing at all, and in fact its characters came out of the Commedia dell’arte traditions of the 12th century. And George’s parents were modelled on the Punch and Judy characters who have fought each other over the centuries as well.

A key to writing comedy is simplify, Tim stressed. For example, a joke works better the shorter it is, and comic characters in a film work better if they have as few dimensions as are necessary. “Pick the one characteristic that they need to have, and often that’s the only one you need,” he said. For example George in Seinfeld is the most neurotic man in his world, and that’s his core characteristic. He’s neurotic about all different kinds of subjects, but he’s a neurotic, essentially. The other thing about George is that he wants to be independent, but he’s completely dependent on everyone around him, so his wish will never be fulfilled. 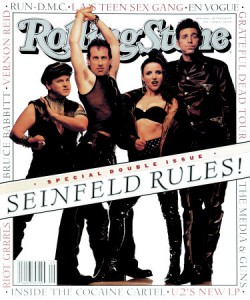 The idea of characters with single characteristics that are easily identifiable and instantly recognisable was explored further during questions about writing romantic comedies. They are tough to do because it’s hard to write a great character with only one main character trait, and we’re tempted to clutter them up with things that slow down the action and the story.

“It’s about shaving away the things that make your characters more realistic, and pare the characters down to the minimum. There’s no time for layer after layer of character in a comedy, especially a sitcom,” he added. “The characters have to be instantly recognisable. You have to know very quickly what their core characteristics are. And really you only need one core quality, that can then be tempered when we see that they have situation-dependent fears, desires, problems and other things, but it’s all driven by the same core attribute. It’s about balancing the instantly, enduringly recognisable with the imperatives of freshness and surprise.”

He said that probably our most successful romantic comedy was Strictly Ballroom, but that today the Australian romcom gets its head kicked in by film reviewers: “‘Well, that was totally predictable,’ they say, “‘At the end the boy gets the girl…’ Of course he did! It’s a romantic comedy, you nitwit. The question is howdid he get the girl. Duh.”

A romantic comedy is tough to write as you have to follow the rules, but in a new and fresh way. “The recipe for bread is very old, but we make it in our own way,” Ferguson said. “A three act story will kill you. It drives you mad. It’s all been done before. Except for one thing… your thing.”

“My take on a good romcom is that it has to be watched and understandable by a 15 year old boy who is about to feel his first female nipple,” Tim told us. 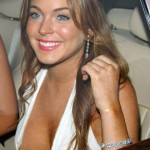 He added that the rules of comedy can be learnt and they are in his book, the Cheeky Monkey, so called because it’s about the primal, cheeky stuff that good performance comedy is made up of. “One thing that my book has that the others don’t,” he told us, “is the scaffolding of how to create the jokes within a sitcom. Reversals, distortions, cover-ups, character confirmations & negations, misinterpretations et cetera. Each joke-type has an operating principle all its own. These principles are the key to narrative joke writing. It ain’t rocket-science. It’s harder.”

“If you do get your heads around the principles of writing comedy, even your most tragic scripts will work better. They will move like bubbles, faster up the Film Vic chain.

“We all love Charlie,” he commented, referring to Charlie Carman of Film Victoria. “And we all want to be loved by Charlie. Knowing about comedy is the best way to do it.”
MARK POOLE