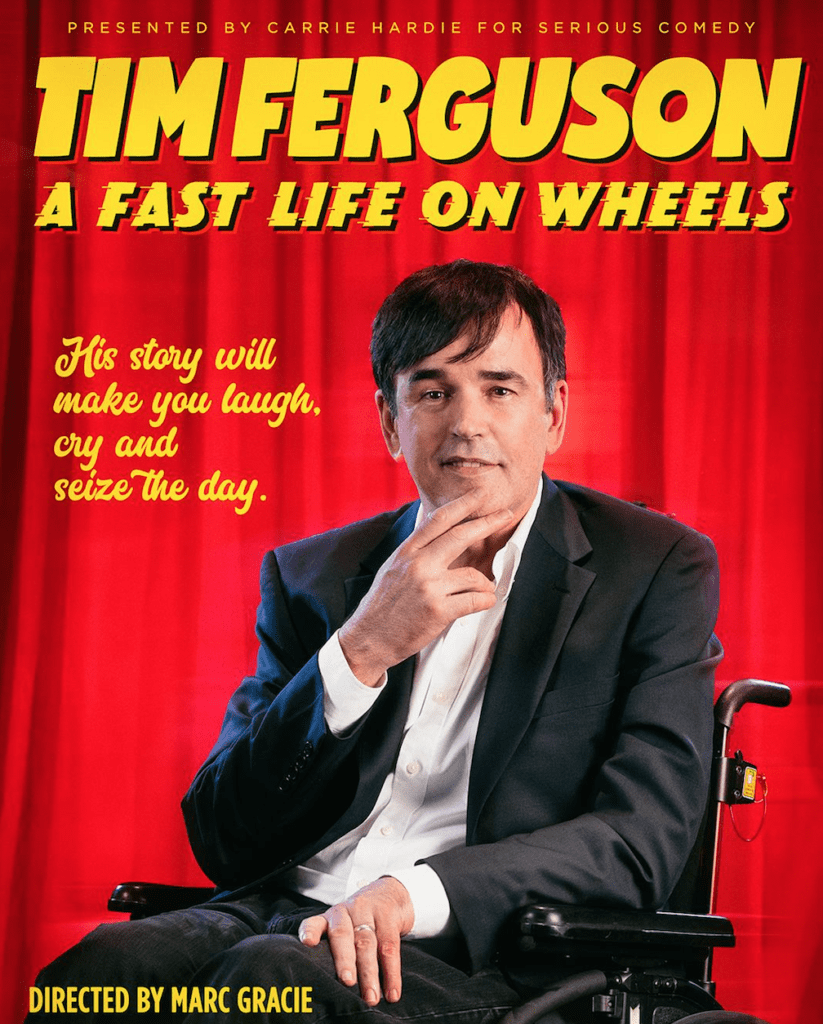 “A FAST LIFE ON WHEELS” 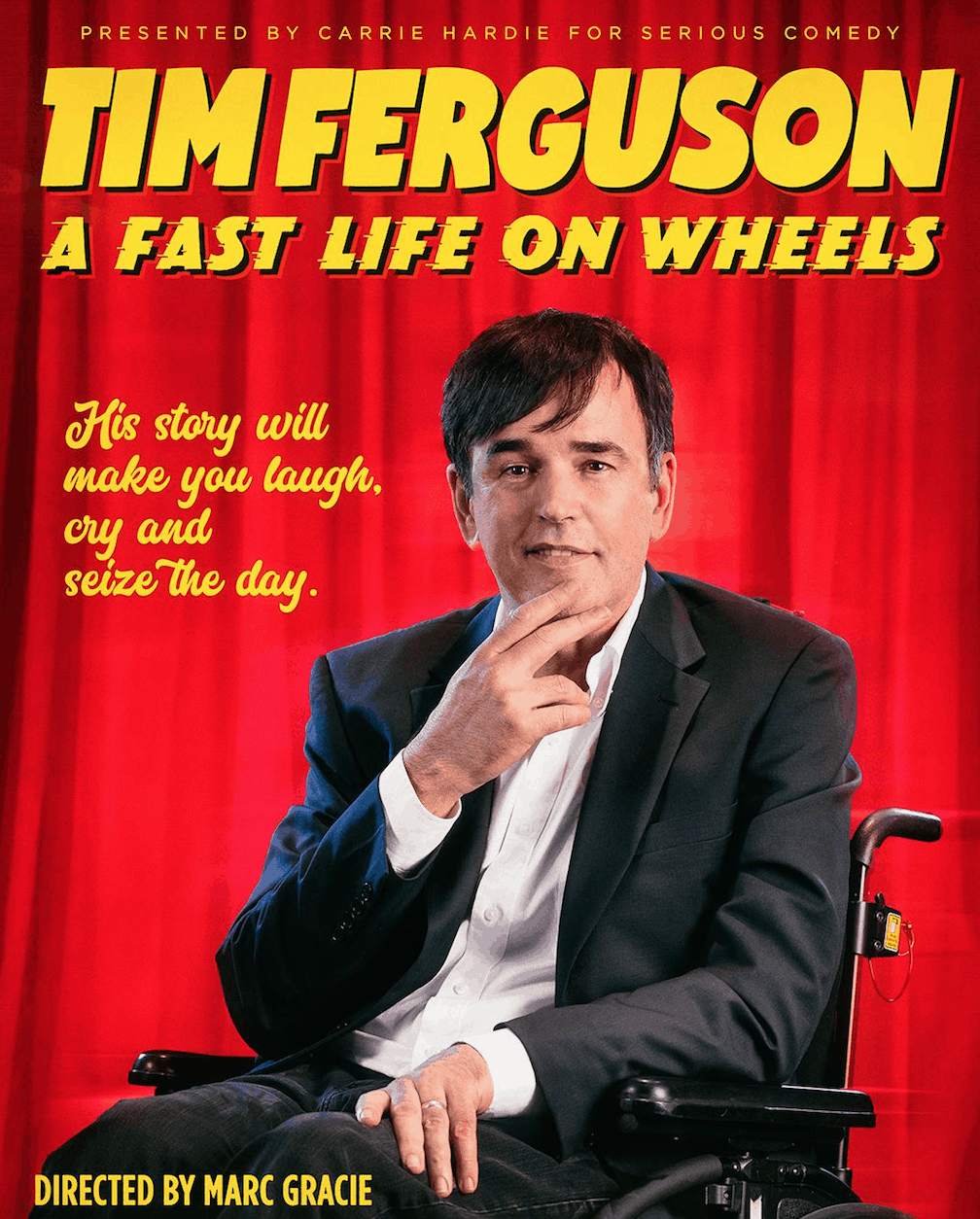 “Thoroughly entertaining, irreverent as ever, funny, sad, intelligent, Tim is still very much a star!”

Tim Ferguson rips the lid off his extraordinary life.
In a hair-raising show of comic daring, Tim reveals the terrors and tears of his worldwide escapades.

From touring the world in the Doug Anthony All-Stars to his life as a commercial network TV star and now an international teacher of screen comedy.

Through it all, Tim has defied the challenges of Multiple Sclerosis. Tim says, “I don’t ‘suffer’ MS,” says Tim. “It suffers me.”

Tim takes you through his “Fast Life” with hilarious stories, breathtaking insights and his trademark wicked humour.

Hilarious, touching and out of control. This show is hell on wheels.

“A natural born storyteller, Tim has lost none of his hard edge. Thoroughly entertaining, irreverent as ever, funny, sad, intelligent, Tim is still very much a star!”
– The Clothesline, Adelaide

“A candid show from the heart” – Fourth Wall Media

THE AUDIENCE MEMBERS SAY:
“What a Hoot! Haven’t laughed that hard in years. Tim Ferguson is the consummate performer. Almost wet my pants!”

“A candid and interesting with a mix of comedy, stories and real life experiences. I could have listened to him for many hours more.”

“Terrific show. Tim made the audience laugh and cry, sometimes at the same time!”

“Always something to learn from the mindful mayhem of Tim.”
[Carmen Braidwood]