Getting backstage with DAAS, the Doug Anthony All Stars before a show is verboten.

‘They argue,’ says their manager Cameron P Mellor. ‘It’s part of their pre-show routine. Ferguson’s normally very charming, unerringly optimistic. But he fights like mad with McDermott – and only McDermott. Their arguments can be daunting for outsiders. Viscous stuff, horrible. Make your eyes water. They’re dear friends, but fighting’s their process. It’s all part of gearing-up.’

He drains his ‘umpteenth’ coffee. ‘To be honest, I find it tedious. We don’t need their fights in the papers. And certainly not on YouTube. People might take it seriously.’

I ask about Paul Livingston, the man behind the absurdist comic creation ‘Flacco’, now the group’s guitarist. Livingston was a co-writer and key character in the infamous sci-fi sitcom, DAAS Kapital.

Does he argue with the others?

Mellor laughs. ‘Ferguson & McDermott wouldn’t dare argue with Livo. They call him “Enigma”. It’s not a joke – they don’t understand him. Who does?’ 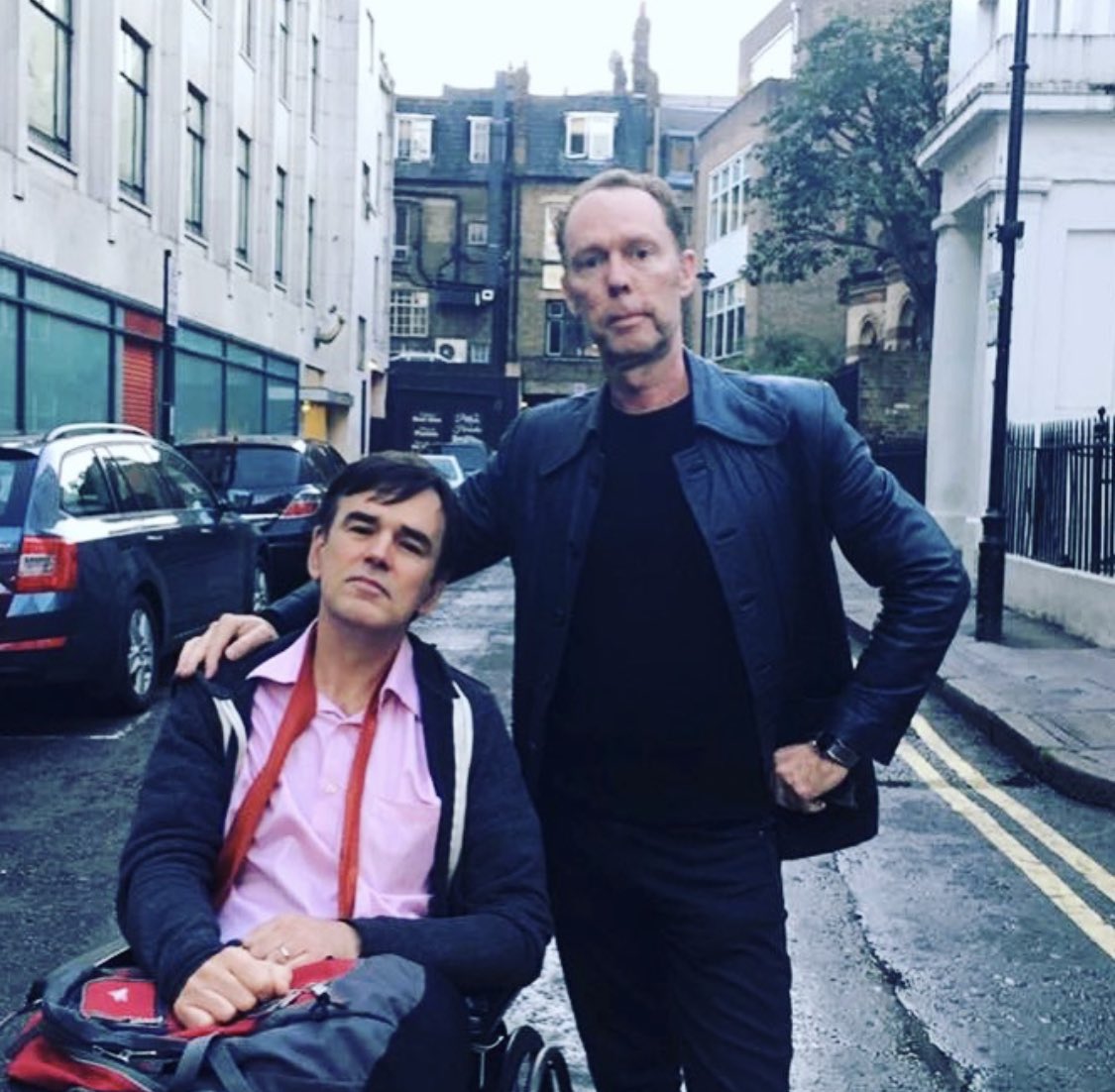 We watch the climax of the show from backstage. It’s a little frightening being so close to the flying insults and, ahem, liquids.

The crowd screams. Not like teenage girls. Like grown ups dealing with a series of moral shocks.

They still work hard on the stage. Their new show lasts nearly 3 hours. They sweat. A lot.
The material is brilliant, astonishing, unique. But it’s unprintable without wasting a lot of page-space on explaining contexts. Trust me.

Ferguson smiles and waves as he passes. ‘Wonderful, wonderful,’ he shouts to no one in particular.

Cameron shrugs and we trail after them. ‘Please – no questions,’ he says. ‘McDermott won’t answer them and Ferguson will not shut up. He’ll launch into some theory he’ll have forgotten by the end of the sentence. Be warned – he changes topics a lot. Unless you read everything in the library, you won’t keep up.’ He shakes his head. ‘I don’t try.’

First there is the smell. The three men emit a pervasive hormonal reek, a cloud of live-performance sweat, laden with pheromones and adrenalin. Eddie Izzard’s claim they are the world’s smelliest comedians is true.

After the show, their spent effort seems to leave them on some kind of high. After all the fury and fear of their highwire show, they seem calm, quiet.

‘You a friend of Cameron’s?’ Paul McDermott asks me.

‘Good,’ he says. There’s no humour in it. Without asking, he pours me a glass of water.

Livingston mutters something polite (or is it?) then vanishes into a private room.

Tim Ferguson pulls a water bottle from the ice-filled garbage bin and pours it on his head. ‘Don’t be alarmed,’ he says. ‘The sensation of being on fire is all in my head.’

Cameron cringes. He mouths at me – No questions.

Too late. Ferguson launches into a detailed explanation of the effects of heat on the Multiple Sclerosis brain. None of them sound enjoyable.

The best burgers in New York

Another thirty seconds and he’s talking about the best burgers in New York. ‘Earls, the Bronx, four inches pre-smash, double cooked. They can’t believe we add pineapple. I’m famous for wanting pineapple. There’s a new thesis on the evolution of ideas that’s causing a stir. Ask me about it, go on. No, don’t. I’m the only person who finds it defunct. Ideas come from God. Not all of them are good. Scholl.’

He drinks his water.

I ask why the new show is so long.

‘It’s not long,’ says Ferguson, ‘you just have a short attention span.’

McDermott snaps at him. ‘Don’t cheapen it.’

Tim goes quiet as he lines up a range of medications. He counts them, loses count, starts again. His face is suddenly taut. Mellor steps forward and helps him.

‘What we’re doing,’ says McDermott in a low voice Ferguson doesn’t hear, ‘is something entirely new for us. It will get shorter as we work out the kinks. It’s very emotional for us.’

I tell him it’s a funny show.

I tell him I nearly wet myself laughing.

He seems disappointed. ‘Nearly? Like I said, we’re working out the kinks. Better luck next time.’

I ask him about Tim’s MS.

Seeing Paul McDermott become pensive feels like a special moment. ‘It’s hard on Tim. Everything’s an effort. He gets through it with happy thoughts and will power. He’s relentlessly positive, always has been. He just shot the movie, did the tour, writing some stupid book. A high-functioning idiot holding on by his eyelids. Then you barge in with your criticisms about show length? Are you sure you’re not a friend of Cameron’s?’

Then he’s pushing Tim away in the wheelchair. Their scent lingers.
Tim starts telling him about the works of St Hugo. ‘Unimpressive,’ he says.

Paul Livingston appears and follows them, muttering something or other.

The sound of Tim greeting the fans outside. ‘Wonderful, wonderful.’
Mellor smiles.

‘He’s irrepressible,’ he says. ‘And he worships the two of them. No matter how rudely they treat him, he thinks they’re gods. Their biggest fan.’

I ask Mellor how he feels about the three of them.

Then he’s gone and I’m left alone with the smell of Allstars.