Narrative comedy is a not for the faint-hearted. Dramatic writers can explore the human heart at a measured pace, confronting their characters with choices that progressively force them to learn and change. A sound understanding of genre, story structure, character development, dialogue and narrative movement, plus native insight, comprise the dramatist’s toolkit. Their craft is not easily mastered and their technique requires constant re-appraisal and refreshment. Worse, with all its wandering through the dim corridors of the human soul, a drama writer’s life can be awfully depressing. It’s a wonder anyone does it, but we’re grateful they do.

Narrative comedy demands a firm grasp of dramatic technique— and much more. The comic storyteller must know how to compress drama, increasing pace, pressure, surprise, multiplying reversals of character and objective, heightening reality and intensifying action with successive tangential narrative changes. It requires a commonsense understanding of the absurd and both the ability and inclination to ruthlessly expose human weakness and prejudice—beginning with one’s own. 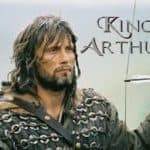 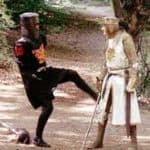 Likewise, well-written villains in drama are never wholly evil. A villain who appears wholly evil at the beginning of a drama should reveal themselves as a flawed human being as the story unfolds. Even Darth Vader, in Star Wars, finds himself through his love for his son. 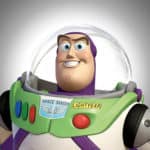 Most comic ‘heroes’ by contrast are not heroic at all. They are hapless victims without the social skills, perspective or material resources to deal with their situation. When they do act heroically, it is often for selfish reasons. Basil Fawlty in Fawlty Towers is a classical example of the comic hero: bullying, inconsiderate, self-obsessed, paranoid, vindictive, lonely, lost, needy, greedy, spiteful, manipulative, egotistical, self-hating, overbearing, lazy, lascivious and a compulsive liar. Basil Fawlty is Mr Darcy stripped of the bullshit. We see in Darcy the person we would like to be. In Basil we see who we are.

Comic villains are typically evil from the get-go, and don’t change much. Their flaws are immediately apparent and inspire neither sympathy nor empathy. For example, when we first meet Doctor Evil (Mike Myers) in Austin Powers: International Man of Mystery, he’s sending a henchman to a grisly death and is so behind the times he thinks a million dollars is a lot of money. Though Evil is powerful and equipped with awesome ‘laser’ weapons, he’s bald, scarred and deeply flawed in both personality and outlook. And it’s all downhill from there.

Drama writers may think they’re showing life as it is, but if that were the case they would be making documentaries. Drama explores contemporary but universal issues with gritty, well-drawn characters in an intricately constructed narrative, performed by actors, backed up by stirring music and edited for dramatic effect. Drama’s subject matter may be real but the vehicle in which it’s presented is an artifice.

Comedy makes no pretence at ‘reality’. The moment the audience starts to lose themselves in the action, their laughter snaps them out of it. By accepting the audience’s distance from the characters (though that distance may be wafer-thin) comedy writers accept the demand that their stories must be more than real. They must represent the truth.

Where dramatists can leave the audience arguing over the moral questions in their story, comedy writers must deliver their message by flaming arrow. Their characters are unalloyed constructs and—unlike drama—the disengagement this causes is not necessarily a problem. There is no real emotional engagement, for example, in the satirical feature film Wag the Dog (by Larry Beinhart, Hilary Henkin and David Mamet). We dislike them all. Even when the film’s most charming character, Stanley Motss is taken to his death, the audience’s heart doesn’t skip a beat. We may love watching Motss, but we are never asked to love him.

Unconstrained by verisimilitude, comic stories can move at a pace and intensity beyond anything we’d expect from the real world. This freedom from fakery is both a boon and a burden for comedy writers. It’s a boon because it allows us to cut to the chase, pushing our characters and stories in ways that are openly concocted. It’s a burden because we cannot hide behind a fantasy.

But comedy and drama do have one thing in common: they must tell the truth about life. In either genre, the moment the audience senses a lack of authenticity in the writing they switch to a sports channel and never return. 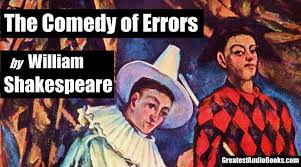 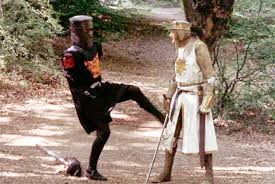