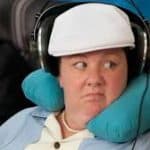 There’s an ancient principle that underpins many comic stories.
Ever since Homer (the writer of the Odyssey, not the bloke from The Simpsons), heroic stories have been comprised of some simple elements: a hero strives to overcome seemingly insurmountable obstacles between himself and his goal. He has weapons, tools, brains and skill. Throughout, his heart burns with an enduring hope that he will succeed. If the story is a heroic drama, he’ll triumph. If it’s a tragedy, he’ll fail and die.

Aristotle’s Poetics states that ‘Comedy aims at representing men as worse, Tragedy as better than in real life.’ He takes the template above, applies it to comedy and identifies two differences. Aristotle says that comedy doesn’t demand a noble, wise or heroic protagonist—quite the opposite.

Secondly, the comic protagonist should lack the weapons, tools, gadgets, brains and skills they need to achieve it.

The frog and the crocodile

The wide-mouthed African tree frog has a goal—to survive. He faces a seemingly insurmountable obstacle (the crocodile is powerful, dangerous and likes eating tree frogs). The tree frog doesn’t have the weapons, brains or skill to escape the crocodile, so he tries the only thing left to him—hiding his identity. His pathetic attempt is his only hope and he gives it all he’s got. (It’s a Lame Cover-Up gag-type.)

When it comes to telling the joke, the punchline works best if the tree frog’s eyes seem as innocent as a naughty schoolboy’s. He thinks he might get away with his deception. e more hopeful the tree frog seems, the bigger the laugh.

We never find out what happens to the frog. The joke is over once the tree frog’s goal, the obstacle he faces, his inadequacy and his enduring hope have been presented. The options for continuing the story (e.g. the frog and the crocodile become friends or the crocodile takes pity and releases the tree frog) are workable, but they’re not comic.

The tree frog demonstrates the ‘Hope Principle’ that lies at the heart of cover-ups and distractions.

When Basil Fawlty is lying to Sybil in Fawlty Towers, his desperation is soothed only by the enduring hope that he will get away with his fumbling deception.

The more forlorn the hope, the more feeble the attempt, the funnier the situation becomes. Watching a character struggle on despite the odds touches something very human in all of us. When they maintain unfounded hope despite their pathetic inadequacy, the odds against them mount and so do the laughs.

In The Office, David Brent’s insurmountable obstacle is his own deficient personality. He wants to be admired but lacks knowledge of his own failings, and thus doesn’t see that admiration will never come until he learns and changes. So he resolutely struggles on, filled with a hope born of self-delusion. The effect is a cruel insight that is agony to witness. Our laughter at Brent is excruciating, yes, but it beats crying. 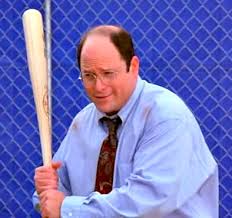 No matter what he turns his hand to, he’s doomed to fail. When George sucks up to his black boss by comparing him to Sugar Ray Leonard, his boss accuses him of racism. George doesn’t believe himself to be racist, but realises he has no black friends. He strives vainly to make some so he can prove his progressiveness to his boss.

Finally, George fakes a friendship with his bug exterminator, but his boss sees through the ruse and now believes George is racist and callously manipulative. The boss exits, furious. When a young waiter innocently remarks that George’s departed boss looks like Sugar Ray Leonard, George races to catch him.

But it’s too late! George’s behaviour throughout the episode has rendered the proof meaningless (‘The Diplomat’s Club’ by Tom Gammill and Max Pross).

The hope principle is not underpinned by any moral imperative. It’s completely unjust: it’s not fair that someone should retain hope against all odds and still be frustrated. But comedy is truth. The hope principle recognises that if the worst can happen, it probably will—even if, most of the time, the worst is not too bad. 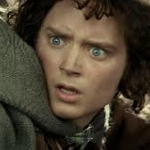 You might think a similar principle underpins certain serious narratives, such as the hobbit Frodo Baggins’ journey into the dark land of Mordor in J R R Tolkien’s The Lord of the Rings. It doesn’t.

Yes, Frodo faces seemingly insurmountable obstacles (the all-powerful magician Sauron) and he has enduring hope (‘Where there is life’, he says, ‘there is hope.’). But Frodo’s tools are more than sufficient for his task. His unbreakable sword can detect orcs and goblins.

His vial of Elf cordial glows in the dark and blinds giant spiders. He’s accompanied by the future king, the mightiest wizard in the land, three of the toughest warriors in Middle Earth and his manservant, Sam, who will lay down his life for Frodo without hesitation.

Best of all, Frodo bears a magic ring that makes him invisible and has the power to destroy Sauron and his armies. Frankly, Frodo couldn’t be better equipped if he had a Hummer with a machine-gun turret. As for his personal qualities, Frodo is brave and noble. For such a short-arse, he has remarkably few insecurities.
The hope principle belongs to comedy alone. Dramatic heroes have it easy by comparison.

Hope is for comic heroes

The principle however does not always apply to secondary characters, who often serve different purposes for the writer.

George Castanza’s parents, for instance, have one primary story function: to torture George. They’re well- equipped for torturing, with cantankerous natures, sharp tongues and thick skins. And they certainly don’t need any hope to rain misery upon their son, and each other.

But for a comic protagonist the hope principle is nearly always essential. The hope principle drives a comic hero far beyond rational limits in pursuit of their goal. To make this believable, the viewer must suspend their disbelief. Hope, no matter how slender or ill-founded, has the power to blind both the protagonist and the viewer to reality.

The fly in the ointment

Comic stories tend to end in ironic failure. There is always a fly in the ointment. Shakespeare, whose comedies and tragedies follow Aristotle’s model, allows his comic heroes to fail ironically—that is, by discovering they never really wanted what they were striving for. 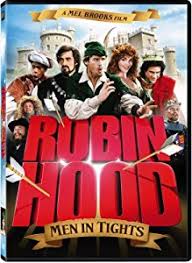 Only the purest of heart will achieve their goal, but even then the victory is hollow. For instance, Robin in Robin Hood: Men In Tights (by Mel Brooks, Evan Chandler, J.D. Shapiro) marries Maid Marion, but can’t get her chastity belt open.

Conventional morality dictates that characters must overcome their personal flaws before they’re rewarded. Modern sitcoms often feature comic heroes who strive against obstacles and maintain an enduring hope of success, but because of their personal failings, they fail and end up where they started. For example, the main characters of The Hollowmen (by Santo Cilauro, Tom Gleisner and Rob Sitch), always end with the status quo or worse.

Any victories they gain are, as the name suggests, hollow. And no matter how hard Gilligan and his shipmates (Gilligan’s Island) try, they repeatedly fail to escape from the island. When at last they do escape (in the 1978 reunion special, Rescue From Gilligan’s Island by David P. Harmon, Al Schwartz, Elroy Schwartz and Sherwood Schwartz), it’s not long before they are stranded on the island once more.

APPLYING THE HOPE PRINCIPLE
If you’re wrestling with a scene that is close to funny but not quite there, try standing back and looking at the way the characters are striving for their goals. It may lack a desperate ‘any strategy is a good strategy’ edge because:
• The obstacles your comic hero faces may be too small.
• Your comic hero may be too capable of winning because of his personal attributes or the tools he has at hand.
• Your comic hero’s goal is not important enough to him or her.
• Your comic hero is pessimistic.