Tim Ferguson was raised in a TV journalist family.
He explains how to create the perfect nightly bulletin… 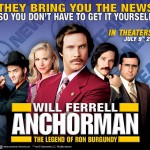 Ever seen that nightly program jammed in between game shows and American sitcoms? They call it “The News”.
It’s been running for over half a century, on every network. And it still rates.

Producing the news is the most reliable career in television. If you’re thinking of becoming a news producer, here are the basics.

You may wonder how producers make the news night after night. The truth is, they don’t. The news makes itself. However, no matter what has happened in the world, all events, great or small, must be tailored to fit a strict regime… 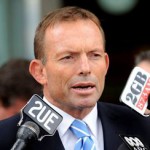 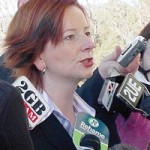 There are four segments.
The first covers local news. Overseas news may only be included if it is horrifyingly calamitous or involves a foreigner mentioning Australia. Segment one should last no longer than eight minutes.

Segment Two highlights news from Canberra and The World, in that order.

Business news follows, but is kept painlessly brief. This is the “hard” news segment, otherwise known as the actual news. You have seven minutes – maximum. Don’t be tempted to screw with this rule. Ever.

From Segment Three it’s all plain sailing. Sport, sport, sport and sport. (Oddly, you’ll see more people accused of sexual assault, immorality and corruption here than in any other segment.) Four minutes are allowed, but feel free to stretch. 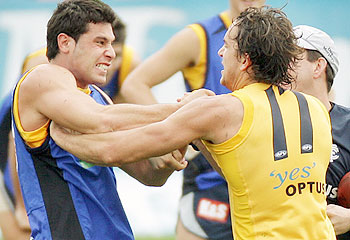 Ninety seconds of weather come in the final segment. (Ninety seconds is, coincidentally, the preferred length of an earth-shattering international crisis story.)

Finally, a 15-30 second story caps off the show.
This event may be either cute, freaky or funny. The newsreader ends with a pun on this story (“I guess that’s why they call them huggy bears”) and it’s goodnight.
Never be cynical about this feel-good moment to the point of removing it. Viewers need this moment.
The only exceptions are the first night of a war in which Australia is involved, the assasination of a First World leader takes place or when the Queen dies.

That’s the rundown. But there is so much more to learn about the news production game. Below are the touchstone phrases you must learn to make great news.

Entertain and, when unavoidable, inform

The primary purpose of evening news bulletins is not the delivery of news. It is the securing of viewers. If people watch the 6pm bulletin on a particular station, they’ll see promotions for that evening’s viewing. The network hopes that, having seen these, they will stay for the night. 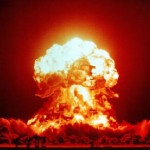 The further away an object is, the smaller it appears. So it is with news. Without one thousand corpses (or one injured Aussie backpacker), a foreign disaster story is a turn-off.

The nation of India has more than one billion people. It is ravaged regularly by drought, flood and violent religious conflict. But when was the last time you saw a news report on India that didn’t involve a cricket ball?
India only becomes segment two-worthy when it threatens nuclear war with Pakistan. Here’s why – a hydrogen bomb on Delhi would send clouds of radioactive fallout over Australia. It may even knock India out of the Test for a season. This example shows one way in which a news producer can apply the Act Global/Think Local paradigm.

No news is all bad news

During the darkest days of the Iraq war, every nightly news bulletin (even on the ABC) ended with a cute/freaky/funny story to soothe our troubled hearts. 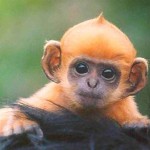 As a news producer, you will come to love your local zoo. Just as the world looks bleak (as shown by that poor injured Aussie backpacker), a chimpanzee gives birth. Your news can end with a smile. The anchor chuckles, “Cheeky little monkey.” Your audience’s emotional equilibrium is restored. They’re hooked for the night – 126 ads to go.

The news must be new

On September 11, 2001, nearly four thousand children died. It was a terrifying, tragic event. Worse, more children have been dying in similar numbers every day since. 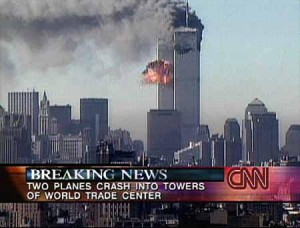 The killer was world hunger. The commercial news reports on this tragedy on that day numbered zero. Even the ABC and SBS forgot to mention it. Presumably, if the starving millions wish to receive nightly recognition from network news bulletins, they need to work on new material.

Trust me – I can read an Autocue

Reading the news is more difficult than it seems. All right, your news anchor only has to turn up at three o’clock, scan the reports, complain about the theft of the Monte Carlos, dawdle into the studio at 5.30pm and spend three to four minutes in total actually on air. (The ABC is very different – anchors have been known to arrive for work as early as two o’clock.) 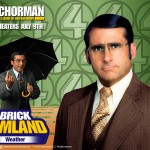 And appearing convincing and trustworthy is a task beyond most politicians, church leaders and St Kilda players. Your newsreader must do it every night. Your job is to bolster them with constant praise, professional support and Monte Carlos.

One news anchor told me of a recurring nightmare where their autocue was blank. Read into that what you will.

Every tragedy is an opportunity

What can I say? It’s a dreadful business.

As for the non-commercial networks, compare their news to 7, 9 and Ten.
The ABC reels out the same “all news is local” stories, commonly in the same order, as the commercial stations. So much for editorial independence. And forget any sense of proportion.

SBS presents the only news worth watching which. It struggles for an audience. Sigh.

Some days, nothing of interest happens. On other days, the world goes bananas.
One would hope that, on quiet days, more remote yet pressing issues would prevail. This might occur if those damn monkeys at the zoo kept their hands off each other. 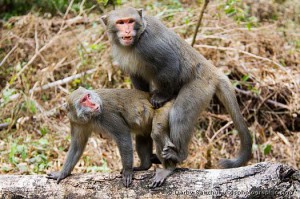 As a news producer, the most important thing you must remember is that TV journalism is not a sacred flame. It is a flame lit to attract moths. Millions of them.
Commercial or not, these principles are immutable for they play to human nature. The viewers, as they are in all things televised, to blame.

The drive to bring news to people, to discover the truth and reveal it regardless of the consequences, is an ideal held by all journalists. But it is not the principle upon which evening news bulletins are based. It will be your job to capture the attention of families at the time in the evening when those families are at their most distracted. Fearless truth and stories without borders can’t compete with dinner, homework and feeding Moggie.

That’s why the news must make viewers feel a part of each story. Like the game shows they follow, news reports must engage our imaginations. They must attract us then entertain us. Their stories must play to our self-interest and their anchors must hold us fast. 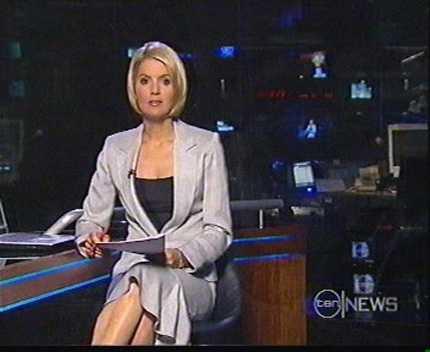 Everything else, including war and famine, is just window dressing.

(This article first printed in The Age Green Guide)