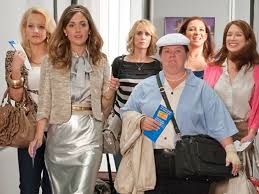 The principles of comedy are ancient. Like the problem-complication-resolution pattern of classic stories, funny stories, characters and dialogue generally adhere to simple principles.

These are not formulae – they cannot tell us exactly what to do next – but they can define the spectrum of options available.

Comedy’s principles relate to all types of humour, such as topical, smutty, satirical or visual. This works in the same way the classic three-Act story pattern applies to The Wizard of Oz, Jaws and Marvel movies. The various styles of comedy are subject to personal taste, but the principles themselves are unchanging and universally appealing.

True, comedy’s principles become restrictive, or even oppressive, when we accept that imperatives such as surprise and anxiety must be obeyed to make an audience laugh. These demands can’t be gotten around, no matter how smart a writer may be.

So, what are the principles of narrative comedy? To learn them, first we must be familiar with the principles of dramatic storytelling, because these underpin the mimetic experience all good stories provide. Having gotten our heads around drama, comedy adds new layers and approaches to our toolkit, namely comedy micro-genres, comic character development, comic story structure, self-contained gags and narrative gags.

The narrative comedy genre is comprised of three micro-genres – Domestic Comedy, Farce and Satire – each of which has its own settings, structures, emotional engagement, style and general intent.

Aristotle (in Poetics) identified the key component of a comic character as a clear and irreparable flaw. Unlike most dramatic characters, Aristotle claimed that lead characters, such as those in The Librarians (by Robyn Butler and Wayne Hope) or Kath & Kim (Gina Riley & Jane Turner), don’t necessarily undergo fundamental and lasting personal change.

A cunning slave in an ancient comedy, despite all their clever scheming and dishonest efforts, was still a slave at the end. Typically, a comic character’s flaws are immediately clear to the audience.

No time is wasted building mystery and nuance, because ambiguity in terms of a character’s drives and sensibility is generally not funny. We need to know what we are laughing at.

Aristotle believed comic characters show people at their worst. They lack the skills, contacts, weapons and tools needed to achieve their aims.

This principle survives today. George Castanza (Seinfeld) is short, fat, bald, unemployed and lives with his parents, hardly a strong starting position for any pursuit. Even his more tolerable friend Jerry lacks a realistic world view – he often mistakes trivial issues as being important and vice versa. Like dramatic characters, George and Jerry will stop at nothing to achieve their aims, and they maintain an enduring hope they will succeed, despite the odds they face.

Comic story development relies upon the compression of the drama at hand. Examples of this compression can be found in any successful commercial sitcom episode. In this most unforgiving writing form, three-Act stories must be told in less than twenty-one minutes.

Most of these stories could be expanded to create dramatic tales that deliver their themes in ways that are intellectually and emotionally profound. For example, ‘Forbidden Fruit’ (Janis Hirsch) is an episode of Will & Grace that shows the lush Karen trying to keep her friend Jack out of a ‘forbidden room’.

When Jack finally enters the room, he sees that it is a baby room, complete with cot and toys. Karen built then abandoned the room when her dreams of being a mother were dashed through her alcoholism and drug abuse. This template, expanded with nuance, detail and character-layering, could provide a story with enough dark emotional resonance to satisfy even the most purse-lipped screenwriter. 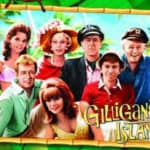 Comic stories often involve outcomes that would be regarded as disappointing in a drama. After all their heartache and striving, comic characters typically end up like Gilligan (Gilligan’s Island) – back on the island without a boat. If a comic character finds a pot of gold in Act I, there is no way they’ll have it at the end of their story (unless it’s the last thing they want).

Self-contained gags are mostly one-liners that require no particular context or knowledge of the characters. ‘Why did the chicken cross the road?’ and ‘Three guys walk into a bar…’ are typical set-ups from this category. Wordplay, observation humour, juxtapositions of incongruities and the Absurd can apply to this category.

Narrative gags are points of humour that comprise a comic narrative script. Often, these gags relate directly to a given character or situation, and rely upon the audience knowing the characters who deliver them. For instance, Larry David’s character of the same name in Curb Your Enthusiasm usually makes us laugh because we know his personality well, not because he’s a consciously witty character.

Narrative gags include instantaneous reversals, flawed logic, distortions, cover-ups, misinterpretations and inadvertent displays of character limitations. Each gag type has its own principles. A comic cover-up, for example, is best kept woefully lame.

Other comic principles, such as metaphor, the examination of individual human behaviour to illuminate broader concerns, or the distillation of complexities and the complication of simplicities, can relate to drama.

A comedy writer’s task is to consciously know these principles and then apply them clearly and succinctly. There are no points for being smarter than your audience.

Or join a Comedy Writing Masterclass