For as long as it’s been recorded (the earliest known satires date back to ancient Greece), comedy has been comprised of a range of elements and principles that have not changed. Comedy may have a thousand skins but its bones remain the same.

Just as any story must feature a protagonist who faces obstacles to their goal, comedy relies upon a specific range of principles. These principles are based upon primal understandings shared by every human being on the planet.

Though the higher cognitive processes of the brain vary from person to person, the same raw human instincts drive us all. We all have a funny bone.

Sure, each culture may have its own comedy traditions. The Germans, despite appearances, love to laugh. They particularly enjoy Schadenfreude, laughter at the misfortunes of others. 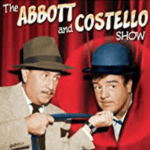 The Japanese have Manzai, a comic tradition first developed in the Heian Period (794–1185). Manzai features a two-man team made up of the ‘Boke’ (an enthusiastic idiot with a short memory who misunderstands things) and the ‘Tsukkomi’ (a dour straight-guy who constantly interrupts the Boke to correct him and hit him on the head with a stick).

The Italians have Commedia dell ’Arte, a tradition dating back to the 16th century that gave birth to Punch and Judy. 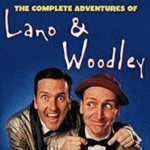 Each nation’s comedy traditions, however, operate on the same principles. Laughter at a man slipping on a banana peel, the slapstick of the Three Stooges and the psychological cruelty of ‘David Brent’ in The Office are all manifestations of Schadenfreude. Comic duos such as Abbott and Costello, Lano and Woodley (Colin Lane and Frank Woodley) and ‘Mark Wary’ and ‘Jerry’ (Jason Gann and Dailan Evans) all share a similar dynamic to the ancient Boke and the Tsukkomi.

Mr and Mrs Castanza in Seinfeld and Frank and Marie in Everybody Loves Raymond share qualities with the ever-battling, baby-taunting Punch and Judy. 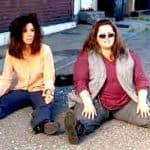 Given these contemporary examples of ancient traditions from far-flung countries, it’s clear that successful narrative comedy is not so much about what you do, it’s about how you do it.

Below are ten principles of narrative comedy. They don’t all have to be present in a character, scene or joke for it to be funny, and many apply equally to drama. But they represent the ‘territory’ of comedy.

If you’re laughing at something, at least one of these fundamentals will be at work:

• Comedy deals with the abrupt negation, reversal, equation, furthering or exaggeration of given elements.
• It compares, combines, associates, deconstructs or changes the context of given elements.
• It uses stories, characters, rhythms and repetition to build and then defy assumptions and expectations.
• It presents nonsense scenarios or propositions, uses random elements to create absurdities, and applies faulty logic to known absolutes or truisms.
• It inverts values, portraying the trivial as important, the irrational as rational, the incomplete as complete—and vice versa—to illuminate larger truths, or expose the fallacies in accepted truths.
• It examines human nature and relationships by distilling and compressing character and narrative.
• It offers bare truths, not fanciful escapism.
• It examines individual human behaviour, often to highlight common behaviour or broader social concerns.
• It distils complexities and makes the simple complex.
• It uses metaphor to highlight aspects of situations or themes.
• Above all, comedy uses any of the above to provoke laughter through affinity, anxiety and surprise.

The principles do not change

There isn’t a successful comedian or comedy-writer on earth that doesn’t rely on one or more of the principles above. The principles do not change between centuries, nations, or artists. Nor do they vary between degrees of sophistication, public taste, age, social awareness or political leanings.

They are very human principles. Capable of being adapted to times and cultures, but present in all comedies, no matter the century or culture. 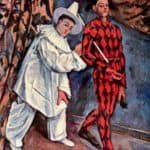 Once learned, the principles can never be forgotten. The fact is, we know them already without ever having to be told. For example, if a comic hero finds a pot of gold, how long do you think he will keep it?

The answer is, of course, ‘not for long’. He’ll either lose it, trade it or give it away. There’s no way he’ll have it at the end of his story, unless it’s the last thing he wants.

Somehow, we all know this. It’s an inevitable scenario that chimes a primal bell in all of us. A narrative comedy-writer’s job is to ring that bell like it’s going out of fashion, safe in the knowledge that it never will.